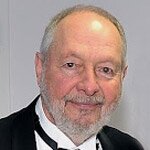 John Robert Zellner was born on the wrong side of the creek in a world where there were distinct sides. One wrong and one right; One black and one white. In the midst of this place of divide, his life has become a work of uniting. He has become the bridge that he has helped to build.

Born in Alabama the second of five boys, His father was a Methodist Minister and his mother was a school teacher. They met at Bob Jones University. In addition to their leadership in the community, as minister and teacher, Bobs parents were also leaders in another organization; The Ku Klux Klan. This was a family affair as Bob’s uncle and grandparents were also members of the Klan.  As a young child Bob knew first hand of terrorism. Bob and his brothers were blessed to have a father that struggled with his Klan membership. Eventually they would leave the Klan and make a 180 degree turn on their views. They were disowned by their family.
As a young teenager, Bob would welcome a mentor into his life, Malcolm Edwards. He was a minister in the Unitarian Universalist church. Over time he would share with Bob the gospel of unity. Bob would later use this gospel in building bridges where there was once a divide.
Bob entered Huntington College, studying Sociology and psychology. A class assignment led him desire to interview Martin Luther King and Rosa Parks. The class was told they would be arrested if they attempted to met with Dr King. In spite of this threat Bob and several of his peers decided to go through with the interview. This meeting would have a profound effect on Bob.  Dr. King had to create a diversion to facilitate his escape.  The students learned very quickly that they had crossed a bridge they should not have. The Klan burned crosses around campus and the administration asked them to resign from school. Bob refused to resign. Instead he graduated in 1961 with high honors.
As Bob entered a life of activism, His grandparents issued a promise that if they saw him they would kill him.
He was the first white southerner to serve as field secretary for SNCC.
He has been arrested 18 times across several states with charges that include “criminal anarchy” and “Inciting the black population to acts of war and violence against the white population”.
In the year 2000 Bobs elbow was broken by the state troopers as he protested with the Shinnecock Nation. They were protecting ancestral burial grounds. He was charged with disorderly conduct and resisting arrest. He was later found not guilty and all injured parties were awarded damages.
Bob has dedicated his life to social change and justice for all human beings.
He is featured in the award winning documentary “Come and Walk in My Shoes”. The Civil Rights Pilgrimage led by fellow Living Legends honoree John Lewis.  His life story is captured in the book “The Wrong Side of Murder Creek”.  His story will soon reach a wider audience via the big screen. “Son of the South” a movie by Spike Lee, is soon to be released nationwide.
Although he believes that much has changed Bob believes there is still work to be done. Fundamentalist achieve their goals legally therefore we must renew our struggle. He lives in South Hampton NY and is the very proud father of two daughters.
We celebrate you this evening for being a keeper of your brother and sister. Where there was once a divide you have been the bridge of love.