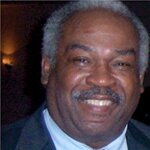 Historian/Educator
EMORY J TOLBERT served as chairman of the Howard University History Department from 1991 to 1998 and from 2002 to 2005. He holds a Ph.D. from UCLA in United States History and has taught at UC San Diego, San Diego State University, and California State University at Fullerton, where he was Professor of History and Chairman of the African American and Ethnic Studies Department. He specializes in the history of the United States, African American History and the history of the African Diaspora. Dr. Tolbert is the author of the first regional study of the Marcus Garvey Movement, entitled The UNIA and Black Los Angeles: Ideology and Community in the American Garvey Movement (Center for Afro –American Studies, UCLA, 1981). He was also senior editor of the Marcus Garvey and Universal Negro Improvement Association Papers, Volumes 1-4 (University of California Press, 1983-86). His other publications include Race and Culture in America (Burgess Press, 1986, 1987, and 1988), and Perspectives on the African Diaspora, Volumes 1 and 2 (Houghton Mifflin, 1998 and 2001). His latest book is 2000 Years of Christianity in Africa, published by the Review and Herald Publishing Company in 2005. Among his articles are ' Outpost Garveyism and the UNIA Rank and File' in The Journal of Black Studies (1973) and ' Slaves, Workers and Race Rebels' in the Journal of American Ethnic History. ' Federal Surveillance of Marcus Garvey and the UNIA' was published in the Journal of Ethnic Studies in 1987. His article ' Marcus Garvey' is published in A Companion to American Thought (Blackwell, 1995). Dr. Tolbert teaches courses in United States History, African Diaspora History, and Oral History.