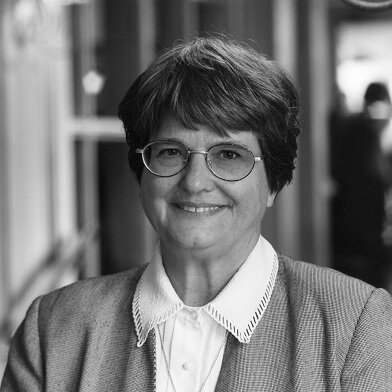 "What you have done for the least of these you have done to me" Sister Helen Prejean was introduced to this concept early in life. The unfortunate thing is Sister Helens believed it. She has become the face of love.

She was born in Baton Rouge, Louisiana and grew up during the days of Jim Crow on a plantation where her family worked. She was one of three children. Her parents and her brother and sister were the source of a wonderful and powerful childhood. Sister Helen says she is graced to have the unique gifts of both her parents inside of her. She was very involved in the community and church. She developed a strong spiritual life that included lots of silent meditation accompanied only by the voice of God.

Sister Helen lived a solid middle class life cushioned from the lives of those who did not win the lottery at birth. At the age of 18 she joined the Sisters of what is now known as the Congregation of St Joseph. Faithful to her calling and her vows she began a life of service that included teaching junior and senior high students. Her spiritual evolution led her to move out of her comfortable environment and into a neighborhood unlike any she had ever known. Her neighbors were poor and black. This was an eye opening experience for her... her soul caught fire and she dedicated that fire to serving the poor.

In 1982 she was asked to correspond with a convicted murderer. Although the invitation came via an acquaintance she recognized the voice of God when she heard it. She accepted the invitation and she began corresponding with Patrick Sonnier, sentenced to die in Louisiana's Angola Prison. Sister Helen became his spiritual advisor walking with him the last miles of his life.

This ministry to Sonnier opened her eyes to what is done in the dark, what we were not created to see... what we were not created to do... She had to respond because this is who were are. Silence was not an option. She began to minister to other death row inmates. She wanted the last face they saw to be one of compassion. In their hour of death Sister Helen was represented the source of life.

Out of this life-changing experience came the book "Dead Man Walking". Published in 1993 It immediately received critical acclaim. It was nominated for a Pulitzer prize and remained number one on the New York Times best seller list for 31 weeks. It is the basis of the Oscar nominated feature film "Dead Man Walking" starring Susan Sarandon and Sean Penn. Composer Jake Heggie composed the opera of the same name which received it's world premiere by the San Francisco Opera in October of 2000.

Her work has included showing compassion to the guilty, the innocent, the victims and their families. She recognizes the opposing view on this subject. Loving the "least of these" is a very radical act and it often finds you in opposition to the status quo. After all, polls show more Christians approve of the death penalty than non-Christians. Sister Helen believes that the death penalty is a part of our history of violence for this young country, starting with the genocide of Native Americans continuing with the slaves and revealing itself in our contemporary world with the poor. She believes that the heart of the human symphony is in its melody... which is the dignity of all humans.

She is currently at work on her latest book "River of Fire", an autobiography that tells the story of her spiritual journey. A journey that exemplifies two of the greatest gifts one human can give to another: selfless love and gracious forgiveness.

We celebrate you Sister Helen Prejean. In a world where light can be so easily and quickly turned off by the flip of a switch. You have chosen to be the face of love.