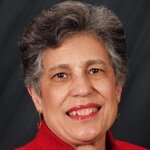 The Little Rock Nine
High were the walls built of racism and segregation, and high were the dreams dreamt for a young Carlotta. Carlotta was graced to have a very strong family life. She was the oldest of three girls born to Cartelyou and Juanita Walls. The Walls raised their girls to believe that they were just as good as the next person; they could be anything their mind could dream. They also knew the value of education as the key to their success. Perhaps one of the most valuable things her parents said to her was ' always be prepared' . This idea of being prepared would one day be put to test. Carlotta would find herself in the center of history. Writing it with every step she took. Carlotta was very young when she became conscious of color. She was acutely aware of barriers and she saw the tension surrounding the black and white color line. Thanks to her parents she had great self-esteem and she knew that people, who had a problem with her, and her color, were themselves the one with the problem. The atmosphere was pregnant with the hint of change. Brown vs. the Board of Education was in the news and everyone was talking about what was going to happen. Carlotta had always heard about change but it was her impatience for it that guided her actions in the spring of 1957. As she sat in her separate and unequal homeroom, her teacher walked in and asked the class to sign their name on a piece of paper if they intended to go to Little Rock Central High in the fall. Little Rock Central High was the apple of the community. An attractive school built in 1925 with a price tag of 1.5 million dollars. The nations leading Architects deemed it the most beautiful high school in America and it was ranked among the highest in the country. Without so much of a second thought Carlotta signed her name. In September of 1957 nine young black students were scheduled to attend Little Rock Central High. They would become known as the Little Rock Nine playing leading roles in the integration showdown that was to follow. The day before school was to start the governor came on the news and proclaimed that he was calling the National Guard to protect the citizens, he feared blood would run in the streets. Being a citizen, Carlotta and the others assumed the governor included them in this protection order, but he did not. After prayer with several of the black ministers they walked the last block to school. They were met by a very large mob that expressed their very large opinion that they were not welcome. The students and ministers kept walking focused on their destination. They were eventually met by the National Guard who stopped them ' you can't go in' We are here to keep you out' . With that, they were turned away with the approval of the mob. However, history was not yet through with this chapter. The eyes of all the nation was watching this drama play out. It was at this point the President of the United States made his entrance. He summoned the 1300 men of the 101 Air Born from Kentucky and he federalized the National Guard and gave them new orders. Those that were once ordered to keep them out were now ordered to escort them in. The nine students eventually entered the school and had nine different experiences. There were many who hated the idea of black students in their school and there were those who hoped the problem would just go away they simply did not want to get involved. There was however, a third group. This group knew that it was time for the page to turn and they offered their new black classmates and students, something different than the mob. In one more act of defiance, the governor of Arkansas ordered all public schools to be closed. He wanted to prevent black and white students from learning together. They were eventually reopened and Carlotta graduated from Little Rock Central High in 1960. On November 9, 1999 the Little Rock Nine received the countries highest civilian award, the Congressional Gold Medal. Today Carlotta LaNier is the president of the Little Rock Nine Foundation. She is a wife, mother and realtor and lives in Denver, Colorado.