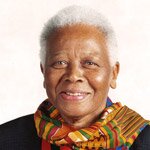 Singer\Songwriter
Ella Jenkins By Markus Williams Footprints, footprints where are they going? Footprints, footprints what are they becoming what are people seeing? Footprints, what are they showing…how are you knowing? Ella Jenkins is the very definition of a Living Legend. Into her eight decade she continues to bear witness to the best and worst of humanity. Coming of age in a time when she and people like her were routinely and openly oppressed she decided to dedicate her life's work to our worlds most promising resource…..Children. She has garnered the title 'The First Lady of Children's Folk Song' She believed if you introduced love for fellow man in song, pretty soon actions would follow spawning other footprints. Ella was born in St Louise Missouri. She and her family soon moved to Chicago where they settled on the south side. Although she never received any formal music lessons her environment was rich with it's presence nurturing a love and an education that would walk with her through out her career. Her family frequently moved around the south side introducing her to different neighborhoods. Each neighborhood gave her a new experience that included new games, rhymes, songs and people. Very early she saw the beauty in diversity. She understood that everyone has a song to sing. Having a diverse group of friends she developed a love of music from other cultures. Later she would introduce her young audience to just such music. Coming from a family of very modest means she did not plan to attend college. However, that plan was altered with the help of a family friend who helped her find money. She was able to attend San Francisco State University graduating with degrees in sociology, child psychology and recreation. Discrimination was not something unknown to her. She would frequently encounter it throughout her career. She began to write and perform songs for children. She took jobs working in camps and recreation centers and it was in these such places she began to sing and teach songs that she hoped would lead to change. In 1952 while working at the YMCA she was invited to perform on the local public television. She was soon offered her own show where she invited many different guest to come on and share about their culture. At the time, positive diversity was simply not seen on television. She turned her attention to becoming a full time musician. Trailblazing in a genre where few people of color were to be found. Everywhere she traveled brought her opportunities to learn. The more she learned the more she was able to teach. In 1957 she met Moses Asch, the founder of Smithsonian Folkways. He received her music and understood it's importance. The following year she released her first album with the label, starting a relationship that would last for over 50 years. She has traveled extensively touching on all seven continents. Around the globe she is considered a major force in children's music. She has taught her approach of working with children to general educators, music educators, parents and care givers. As a performer she has extensive television appearances and has graced the stages of some of the great concert halls. She has represented the U.S. as a delegate to Hong Kong, China and the former Soviet Union. She has received many awards including the Grammy Lifetime Achievement. Ella's favorite people are children. She believes in them. They are authentic individuals that deserve to be heard. She hopes that her music will foster greater cultural understanding and acceptance of fellow members of the human race. If we are going to create a better world we must be conscious of what we are teaching our children. We must believe that they are worth better footprints. You sing a song, I'll sing a song. Lets Sing a song together.