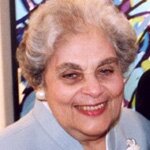 Opera Singer
CHARLOTTE HOLLOMAN is a pioneer in the field of opera preceding such notables as Marian Anderson and Wilma Lou Dobbs in breaking the color barrier. Mrs. Holloman entered Howard University at the age of fifteen and continued her studies in piano, which she had initiated at the age of three. An unexpected encounter with Professor Todd Duncan during her senior year introduced her to the world of classical voice and established a lifelong mentorship between her and Duncan. Mrs. Holloman graduated from Howard cum laude with a Bachelor of Music, and earned her Master of Arts in Voice and Music Education from Columbia University. Mrs Holloman toured in concert with Margaret Bonds and Todd Duncan in the U.S. and the Bahamas, singing excerpts from Gershwin's Porgy and Bess. Their concert in Bermuda had the first interracial audience in the island's history. Mrs. Holloman was the featured soloist with the Dayton Philharmonic, Boston Symphony, and at The Berkshire Music Festival. In 1961 she received the Martha Baird Rockefeller Foundation Grant to pursue voice studies with top instructors in Europe. She established a repertoire of 22 leading roles through her creation of major operatic characters in more than 13 operas in Germany, England and Italy. The coloratura received operatic distinction for her performances in The Magic Flute starring as the Queen of the Night and the First Lady simultaneously – a first. She was also credited for her roles Tosca, Nabucco, Aulis, Andrea Chenier, Hansel und Gretel, Das Rheingold, A Midsummer Night's Dream, San Domingo, Moll Flanders and Madama Butterfly. Mrs. Holloman was happily married to Dr. John S. Holloman for 27 years and they have one daughter named Charlotte. Mrs. Holloman has been a vocal instructor at CUNY Lehman College, Catholic University, Northern Virginia Community College and the University of District of Columbia. She currently resides in Washington, DC and is the Coordinator of Vocal Area and a Lecturer of voice in the Department of Music at Howard University. Her teaching career has spanned over 25 years. Mrs. Holloman maintains a full private voice studio from her home. Mrs. Holloman remains a gifted pianist and has produced outstanding students.