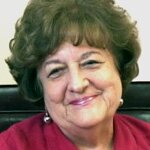 Civil Rights Activist
Lawyer, Ph.D., Fulbright Scholar, author and civil rights activist. Connie Curry has used her voice to give voice to the voiceless. She refused to be silent when it came to speaking out against the injustice perpetrated against black people. She considered it injustice against all people. She was one of two girls born to her father Ernest Curry. Her parents, Ernest and Hazel, both born in Belfast Northern Ireland came to the US in 1925. Settling in Greensboro North Carolina. They were met by a country divided by race, a country in full rejection of its backbone. Her parents met these attributes with disbelief and resistance. Connie's mother was very outspoken for her time. Many times she found herself in direct opposition to her fellow white mothers. They did not approve of her kind treatment of the ' colored people' . Taking after her mother, Connie remembers speaking out as early as elementary school. After a class bully insulted one of the black cafeteria workers, Connie expressed her disapproval by responding to the student saying ' she is just as good as your mother.' Speaking out would later become her life's work and passion. Although she experienced early in her childhood the realness of racism it was as a freshman in high school that she felt its full weight. A group of students from her church in North Carolina went to a church conference in Raleigh. The bus stopped for a bathroom break. The presence of one black student caused the police to be called and the bus was asked to leave. It was at this point the she began to understand the depth of this blight on our country, racism. She knew she could not be silent. Four years later, as a scholarship student she entered Agnes Scott College outside of Atlanta, Georgia. She became active in student government and began attending integrated meetings at Morehouse and Spellman. Students were required to get written permission to attend these integrated meetings. In 1953 at a National Student Association meeting attended by representatives from both black and white colleges she noticed during the lunch hour the white students had to go to restaurants for whites and the black students had to go to restaurants for blacks. As they parted ways at the bottom of the stairs, she realized that segregation not only punished the black students, it punished all students. The History major graduated Suma cum laude and became a Fulbright scholar. In June of 1960, another fight for equality took center stage. Students in North Carolina held a sit-in. The sit-in snowballed across the south and soon after SNCC (Student Nonviolent Coordinating Committee) was formed. Connie Curry and Ella Baker were the first adult advisors. The grassroots organization further propelled her into a position where she could use her voice and be heard. Working with the likes of Martin Luther King Jr, Julian Bond and John Lewis, she helped with the implementation of policies and with her actions worked to bring about change. In 1975 she decided to go to law school where she matriculated with ease as a result of her close association to most of the case studies. She has dedicated her law skills exclusively to helping the many wrongly convicted black prisoners. Dr. Curry is the author and co-author of several books most notably Silver Rights and The Wrong Side of Murder Creek. Connie was asked, ' Have we turned the page' ? Her response, ' In 1960, we knew who the enemy was, today it's hidden' This is the essence of what she is lauded for today. In recent years she has turned her attention to the problem of school resegregation. She is currently the subject of a documentary and she lives in Atlanta Georgia and continues in what she considers unfinished work.