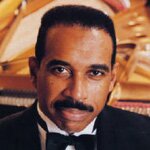 Concert Pianist
Because of its discipline and intellectual demand, the world of classical music is often viewed as an elitist art. Historically speaking, the paying audience was usually wealthy and well educated. Performers of color, often, are not viewed capable. The presence of Leon Bates on the disciplined concert stage speaks truth to power without him ever uttering a word. For over 35 years he has garnered critical acclaim appearing with the worlds leading conductors, and orchestras, in the great concert halls. With every walk on stage, with every note, with every concerto, with every bow…..He spoke. Leon describes his childhood as typically middle class. Growing up in Philadelphia in a Methodist home, he was the only child of two supportive parents. His father was a forklift operator and his mother was a homemaker. There was school, church on Sunday, sports and music lessons on both piano and violin. His parents were just as wrapped up in his music as he was. They were at every recital and concert. It was the habit of his mother to play music in the morning prior to him leaving for school. Her choice to play spirituals, gospel quartets and classical music would later prove to be an invaluable ingredient to his musicianship. Leon first came to know the problem of race at the age of three. On a trip to Georgia to visit his grandparents, Leon, joined by his father and grandfather were out in the market when he noticed signs that read ' white only' and ' colored only'. Growing up in the 50's and 60's, one would think the cultural climate would have an adverse affect on his development as an artist… It did not... Leon became a student of noted Polish pianist Irene Beck. For five years he was the recipient of her tutelage. It was during this time she proclaimed to him ' you will be great….but you must practice'. At the age of thirteen it became very clear to Leon what he wanted to become. He had an advanced understanding of music technically. However, he began to experience it on a deeper level. It was an art form that possessed aesthetic, spiritual, emotional, intellectual and psychological beauty. It was altogether a humanly transforming power. This was his desire. After high school Leon entered Temple University's Esther Boyer College of Music where he studied with acclaimed pianist Natalie Hinderas, herself a child prodigy, who also broke many racial barriers. At the age of 20 he made his debut with the Philadelphia orchestra. At 21 he received management and began his concert career. He has emerged as one of Americas leading pianist and a presence on the international stage. He has appeared on some of the worlds leading concert stages with major symphonies including The Vienna Symphony, Czech National Symphony, The New York Philharmonic and the Los Angeles Philharmonic. His talents did not go unnoticed by the world's finest conductors. He has performed under the baton of Lorin Mazel, Tamas Vasary, Skitch Henderson, Keith Lockhart, and James DePriest. Whether in recital or as an orchestral soloist he is celebrated throughout the world, in many languages, as a major artist. Beyond the concert hall, Leon is a complete human being with varied interest. In addition to his enjoyment of all the arts, he is a disciplined body builder. At the age of 18, he learned that being physically fit contributed to his overall musical fitness. It is still a part of his daily regimen. He is particular favorite among young people as he lectures on a wide variety of topics such as ' How to Listen to Music' and ' Brown vs. the Board of Education.' He accompanies his lectures with performance demonstrations. He lives in Philadelphia, Pennsylvania and is married to his wife Jocelyn. Together they are the parents of three boys. We celebrate you Leon Bates for exemplifying Truth to Power! You are the embodiment of what one can become when allowed, nurtured, and encouraged to be a Genius Child.